To train or not to train…

Bubbles and I are in the midst of planning a holiday and are stumped by one dilemma after another. First, we can’t…umm…decide on the destination, but we’ve narrowed it down to two. Second, if we went with the European destination, should we fly or train it?

Anyway, I spent some precious time reading up on the train journey (in the interest of keeping my job, I better not say where I did my research. Oops!) and started reminiscing our train journey in India. We took the train from Agra to Varanasi,  involving a 13-hour overnight journey on a sleeper train.

I remember watching our train pull into the station platform. It looked like it had been battered by the ravages of time. If the carriages could talk, they would speak of better times when their cerulean shell gleamed in the sun. They might whisper some secrets of colonial times.

We had ‘first’ class tickets which meant sleeping berths in an air-conditioned carriage. This is what first class looked like: 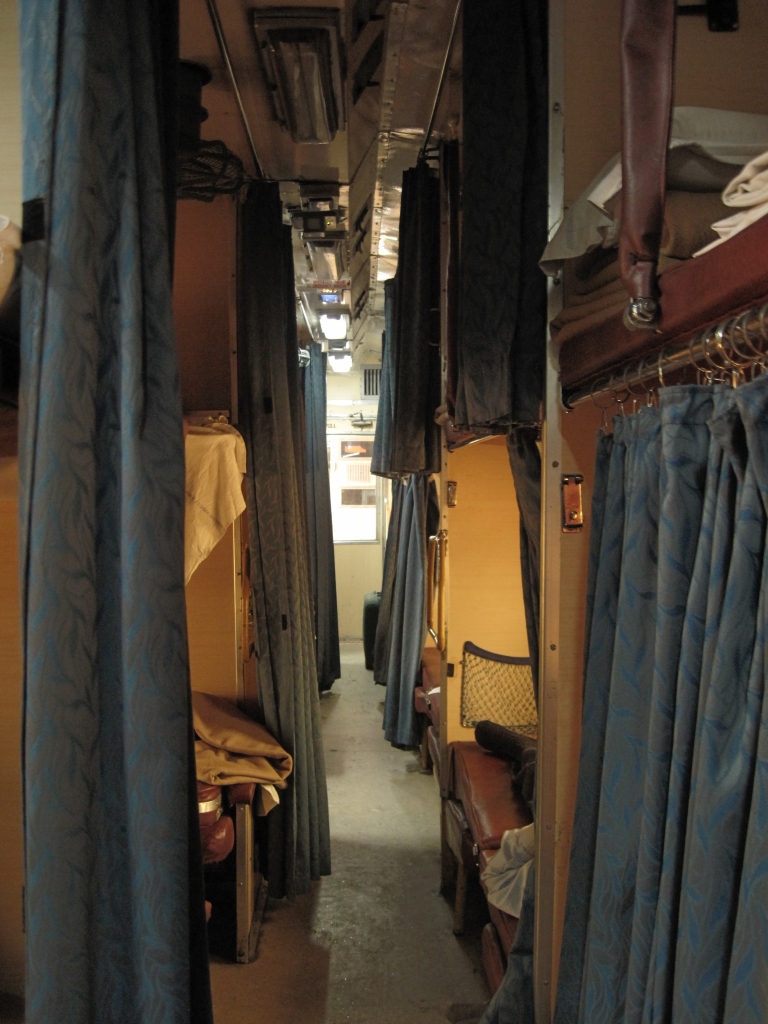 Not exactly luxurious! I kept wondering if the pillows and sheets were clean, but dozed off almost as soon as my head hit the pillow. Bubbles would tell me the next morning that he had had the best sleep ever, rocked by the motion of the train.

I was up at 5 in the morning and watched the train pull in and out of stations. The sun was just rising, bathing the earth in a kaleidoscope of colours. 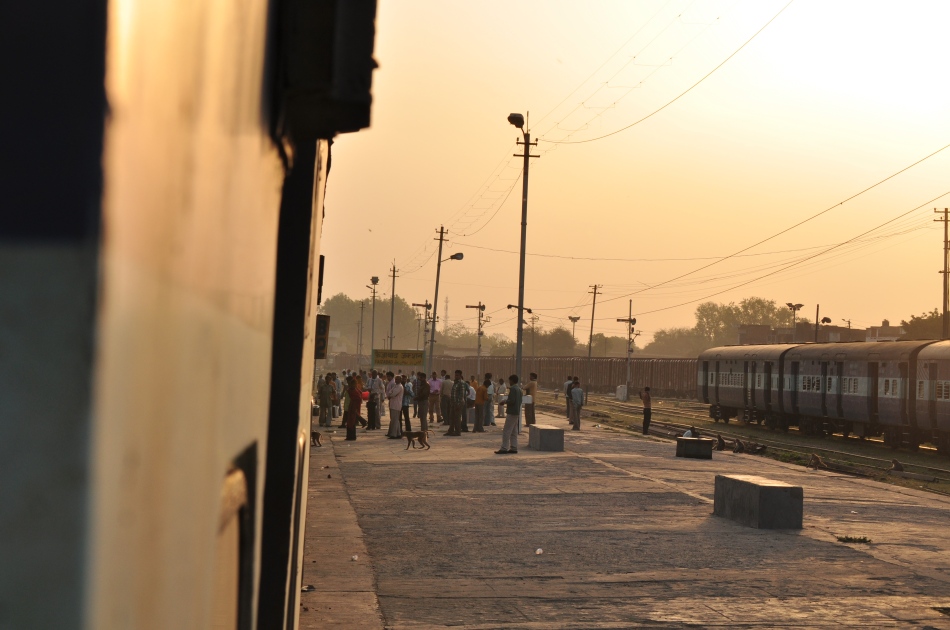 I stood at the entrance, taking shots of everything within view, not wanting to venture out in case the train left without me. An old lady with her bundle of laundry caught the corner of my eye. I snapped this shot just as she was flinging her throw around her shoulder. 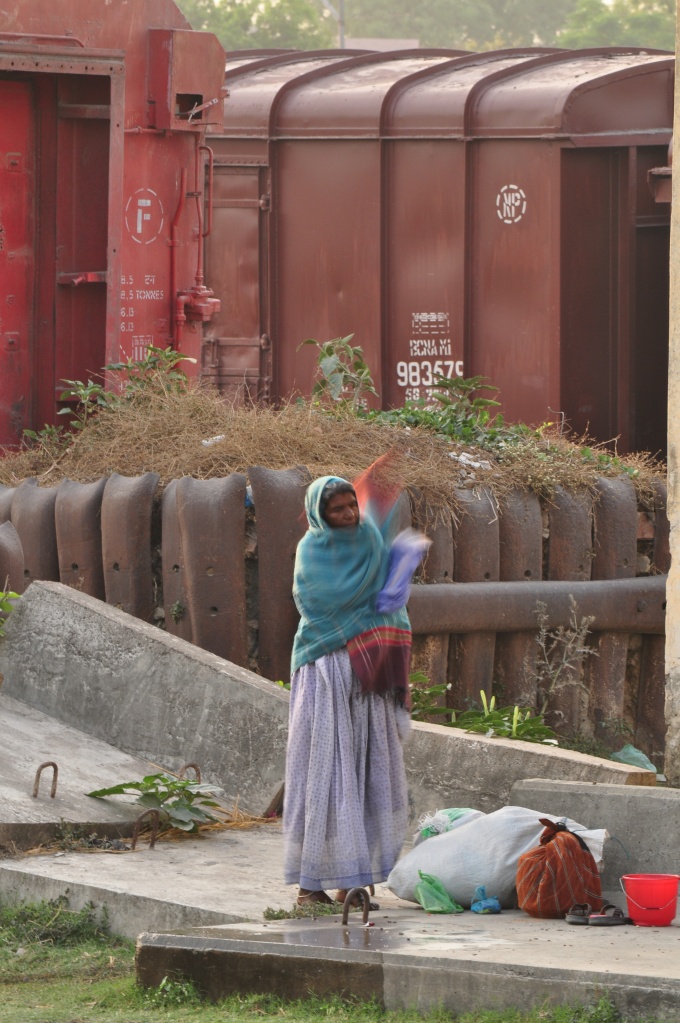 The views were amazing as the train went past villages and cut through fields. It was pure, unadulterated India. I wish I had taken more shots, but at the time I set aside my camera and just took in all the sights. I can never forget the things I saw.

Speaking of the things I saw, regrettably I forgot to take photos of the toilets in the train! I’m not sure if my readers would be pleased with me if I shared such photos anyway, but suffice to say that they were not the best of toilets. Bubbles, who kept going on about his worry I might not survive the filth in India, only went once to relieve himself! I assured him I would have no such problems. And true to my words, it was no big deal to me. I gotta go when I gotta go! 🙂

Anyway, you can see our dilemma. Flying would save us time, but a train would give us a different kind of experience and breathtaking views as it chugs along past mountains and lakes in Europe. The scenery would be very different from that of India, but that’s what you want; a different journey, a journey that takes you on a discovery,  a journey full of serendipity.

Have you had a travel-related dilemma lately? What was it?

This entry was posted on February 9, 2012 by Menaka. It was filed under Photos, Travel and was tagged with India train, Indian railway, Photography, Photos, sleeping berth, train, Travel.